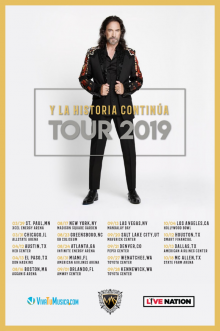 American Express cardmembers can get advance tickets to Marco Antonio Solis performing at the Hollywood Bowl on October 4 beginning Wednesday, December 12 at 10:00am through Thursday, December 13 at 10:00pm.

ALL ACTS AND TICKET PRICES SUBJECT TO CHANGE WITHOUT NOTICE. 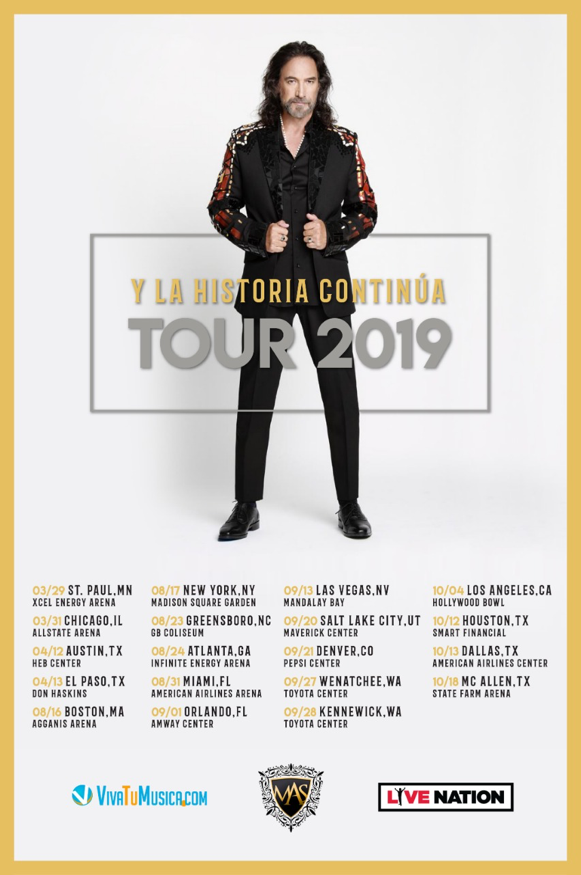 Los Angeles, CA (December 11, 2018) – Romantic idol, Marco Antonio Solís, one of the most celebrated, legendary and beloved figures in Latin music due to his authenticity, modesty and his more than four decades of uninterrupted career, returns to the United States with a new chapter in his successful and spectacular tour ‘Y La Historia Continúa’.

The iconic singer-songwriter has announced a long list of 2019 dates across the United States co-produced by Live Nation and VIVA Tu Música, which will take him back to cities where adoring fans have always welcomed him with open arms, as well as places he will be visiting for the first time since he toured with ‘Los Bukis’.

Following an incredible tour that started in August 2017 where millions of fans all over North and South America, from northernmost Canada to Argentina and from coast to coast, had the opportunity to be delighted and touched by Marco Antonio Solís’ voice and personality. Considered to be one of the most romantic talents in Latin music, the artist will once again travel across the continent to connect with his audience.

The new leg of ‘Y La Historia Continúa’ Tour will kick off on March 29, 2019 in St. Paul, Minnesota, followed by 18 dates across the United States. Marco Antonio Solís will return to Los Angeles, California with a magnificent show at the iconic Hollywood Bowl (October 4), a venue where the artist will perform for the first time. The tour will wrap at the State Farm Arena in McAllen, Texas (October 18), the city where this successful tour began in 2017.

During his visit to the U.S., Marco Antonio Solís will also return to other cities where he enjoyed sold-out shows in the past such as Chicago, Miami, El Paso, and New York, and will visit new cities such as Salt Lake City, Utah, and Kennewick, Washington.

Marco Antonio Solís is also celebrating 42 years of an incomparable career with the release of his new album, ‘MÁS De Mis Recuerdos’, featuring a collection of some his most famous tracks reinvented for new and younger audiences. The first single, “Yo Te Necesito” became an instant hit in the United States just days after being released. Likewise, the album is rapidly climbing the charts proving that the signer’s romanticism remains as resonant as ever. His poetic lyrics captivate audiences inviting them to fall in love again wholeheartedly. 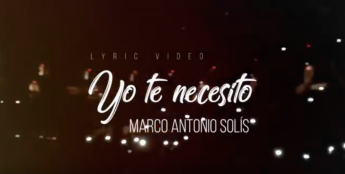 In addition to his upcoming tour and recent album release, Marco Antonio Solís has also been announced as one of the main artists who will participate in the 60th edition of the renowned Viña del Mar International Song Festival to take place in Chile in early 2019. Other confirmed artists include Marc Anthony, Raphael, David Bisbal, and other major figures in Latin music.