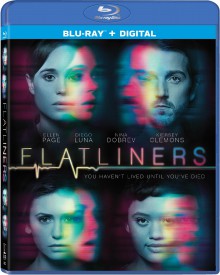 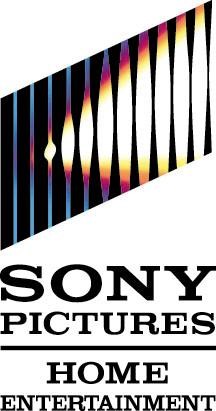 Academy Award® nominee Ellen Page (Best Actress, Juno, 2007), Diego Luna (Rogue One) and Nina Dobrev (“The Vampire Diaries”) star in the contemporary take on the 90’s fan favorite FLATLINERS, debuting on digital December 12 and on Blu-ray™ and DVD December 26 from  Sony Pictures Home Entertainment. The supernatural thriller follows five medical students obsessed with what lies beyond the confines of life. They embark on a daring experiment: by stopping their hearts for short periods, each triggers a near-death experience – giving them a firsthand account of the afterlife. Also experiencing the chilling consequences of exploring the one line that should never be crossed are James Norton (“War & Peace”),
Kiersey Clemons (Justice League) and Kiefer Sutherland (the original Flatliners).

The bonus content for FLATLINERS on digital, Blu-ray and DVD includes two behind-the-scenes featurettes.  “Just What the Doctor Ordered” catches the cast and crew reflecting on working with Director Niels Arden Oplev (The Girl with the Dragon Tattoo (2009), Dead Man Down), along with an interview from Niels on his directing style and vision. In “The Ultimate Question,” the cast and crew decide whether or not they would flatline if they could and offer the revealing reasons behind their decisions.

The FLATLINERS digital and Blu-ray releases are loaded with additional exclusive bonus material, including deleted and extended scenes, plus two more behind-the-scenes featurettes. The featurette “Reviving a Cult Classic” explores the differences in tone, concepts and creative design from the original film and the update, featuring comments from producer and film icon Michael Douglas, while in “Making the Rounds,” the cast shares what intrigued them most about their characters, their experiences on the set, and their favorite film moments.

Synopsis:
Five medical students, hoping to gain insight into the mystery of what lies beyond the confines of life, embark on a daring and dangerous experiment. By stopping their hearts for short periods of time, each triggers a near-death experience. As the investigation becomes more and more perilous, they are forced to confront the sins of their pasts, as well as contend with the supernatural consequences of trespassing to the other side.

ENTER TO WIN:
To enter for a chance to win a DVD copy of FLATLINERS, send an email to contest@LatinoScoop.com. When entering, please submit your full name, email address and phone number. LatinoScoop will select a few winners. Winners will be notified via email.