Fiesta Del Sol is a free four-day family-friendly Mexican festival in the heart of one of Chicago’s most attractive communities – Pilsen.  This event spans an eight-block space down Cermak Road and can be seen from miles around because of the carnival’s Ferris Wheel and the bright lights of over 100 booths showcasing some of the best tacos, tamales, and tostadas in town.  It draws over one million people and has become a major economic engine for local businesses.  Well-known artists, as well as up-and-coming talent, perform on our two stages. Don’t miss out on any of the fun for the whole family! Get more information on COVID 19 protocols and much more at https://www.fiestadelsol.org/.

Stop by the LatinoScoop booth for a chance to win movie swag from the film PAW PATROL. 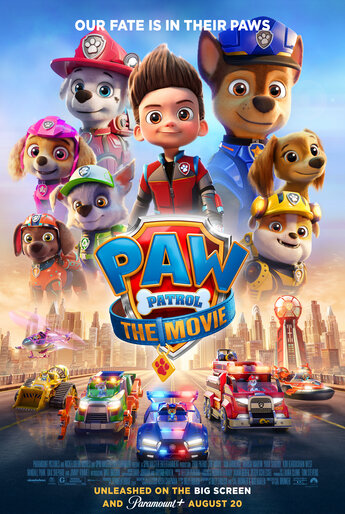 The PAW Patrol is on a roll!  When their biggest rival, Humdinger, becomes Mayor of nearby Adventure City and starts wreaking havoc, Ryder and everyone’s favorite heroic pups kick into high gear to face the challenge head on.  While one pup must face his past in Adventure City, the team finds help from a new ally, the savvy dachshund Liberty.  Together, armed with exciting new gadgets and gear, the PAW Patrol fights to save the citizens of Adventure City! Joining the PAW Patrol in their thrilling first big screen adventure are members from the original series’ cast along with Iain Armitage, Marsai Martin, Yara Shahidi, Kim Kardashian West, Randall Park, Dax Shepard, with Tyler Perry and Jimmy Kimmel and introducing Will Brisbin.