Thirty years ago, Cheech Marin foretold a time when legal residents of the U.S. would be targeted because of their Mexican roots and deported “back home.” Based on his music video parody of Bruce Springsteen’s “Born in the U.S.A.,” Marin’s comedy tells the story of Rudy (played by Marin), a Mexican American who, despite being a U.S. citizen, is mistakenly deported to Mexico. A very unhappy fish out of water, Rudy must find his way home across the border.

Written and directed by Cheech Marin. Produced by Peter MacGregor-Scott. 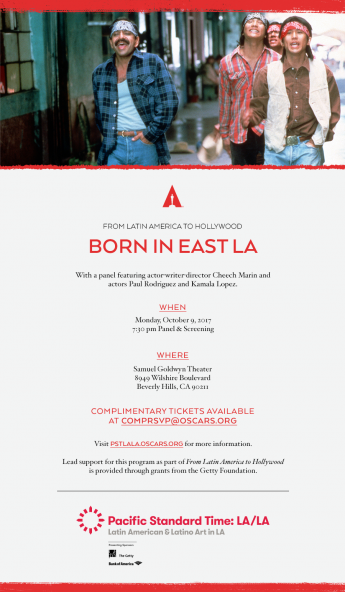