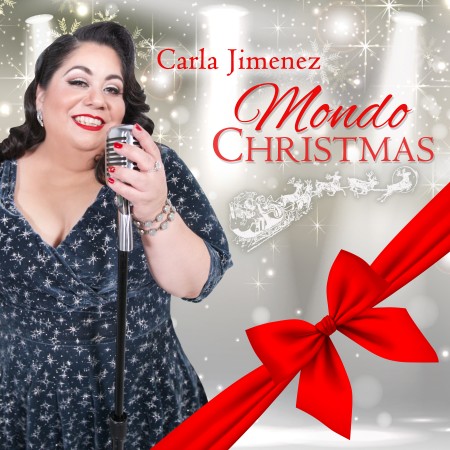 LOS ANGELES — Actress and Singer Carla Jimenez has released her holiday album Mondo Christmas. Inspired by a love for Christmas and the music that goes with the season, her amazing voice will take you through the magic of the classics with a twist and a 3-track collection of original songs.

She is best known for her work in film and television on The Mick, Last Man Standing, and Nacho Libre, among many others. Her upcoming film Spies in Disguise, starring alongside Will Smith and Tom Holland will be in theaters in December. Carla is kicking off her holidays with songs she loved growing up with, such as “The Christmas Song,” “Little Drummer Boy,” ”Holly Jolly Christmas”, and “O Holy Night.”

“Mondo Christmas is a dream come true for me. This album mixes Christmas songs new and old. I’m so proud of all the work that went into the creation of this album.” – Carla Jimenez.

Mondo Christmas reunites Carla with composer, songwriter, and producer Eban Schletter best known for his work in Spongebob Squarepants, Stand Against Evil, Mr. Show with Bob and David, Another Period, Academy Awards, among others.

Mondo Christmas is available today on all streaming services lnk.to/MondoChristmas