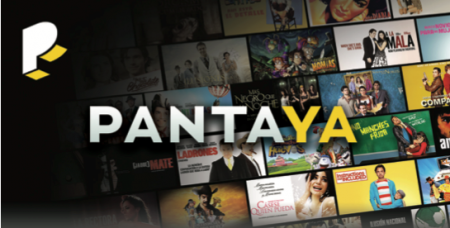 Finally, the largest and most varied selection of Spanish-language movies can be found all in one place. PANTAYA, which combines the Spanish word for screen, “pantalla” with the velocity with which you’ll get your content “YA! (now.)”  This new streaming service will feature a variety of today’s blockbusters and beloved classics.

PANTAYA features the largest, most current, and most diverse selection of Spanish-language blockbusters and critically acclaimed films from Latin America and Hollywood, the majority appearing exclusively on the PANTAYA platform. The service’s deep slate of current and classic films will be complemented by documentaries, concerts and other original premium content in addition to a selection of new films that will be available each month, and the access of film premieres the same day they debut in Latin America.

On PANTAYA you’ll find something for everyone with its diverse slate that includes films from Pantelion’s unmatched Spanish-language movie catalogue, including box office hit “No Manches Frida,” favorites like “Instructions Not Included,” and “Everybody Loves Somebody” in addition to films within Lionsgate 16,000-title library including the American classic “Dirty Dancing” as well as the Oscar®-nominated “Amores Perros.” If you’re feeling nostalgic, you’ll also be able to watch classic Mexican films featuring Pedro Infante, Maria Felix, and Jorge Negrete. But wait, there’s more… PANTAYAwill also include films from the Caribbean and Latin America such as “Domirriquenos,” the Puerto Rican/Dominican Republic co-produced hit comedy, and “El Paseo 4,” the highest grossing Colombian film of all time.

PANTAYA is available for only $5.99 per month after a 7-day free trial. Install it on your computer, TV or smart phone through iOS, Android and the Roku platform in the U.S. and Puerto Rico as well as to Prime members on Amazon Channels in the U.S.

Stay up to date on social media @StreamPANTAYA