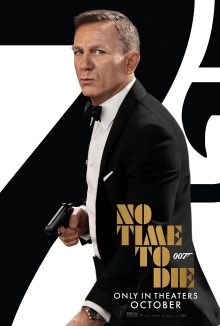 NO TIME TO DIE | Houston Giveaway

NO TIME TO DIE
Now Playing in Theaters! 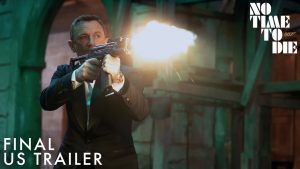 In No Time To Die, Bond has left active service and is enjoying a tranquil life in Jamaica. His peace is short-lived when his old friend Felix Leiter from the CIA turns up asking for help. The mission to rescue a kidnapped scientist turns out to be far more treacherous than expected, leading Bond onto the trail of a mysterious villain armed with dangerous new technology.

Rated: PG-13 for sequences of violence and action, some disturbing images, brief strong language and some suggestive material.

Join LatinoScoop at the theater to see NO TIME TO DIE.  For a chance to win a Run of Engagement (ROE) pass, please submit your full name, email, and contact phone to contest@LatinoScoop.com. When entering, please enter NO TIME TO DIE in the subject line.