The Company noted that other digital sales are equally robust and John Wick: Chapter 3 is now positioned to become Lionsgate’s highest-grossing home entertainment title since The Hunger Games: Mockingjay – Part 1 in 2014.  John Wick: Chapter 3 streeted on DVD and Blu-ray last week and launched on EST in late August.

John Wick: Chapter 3 grossed $171 million theatrically at the domestic box office and $321 million worldwide, nearly doubling the box office performance of John Wick 2. The studio reported that John Wick 3 is over-indexing on home entertainment platforms at a level comparable to action titles that have grossed over $250 million at the domestic box office, underscoring its appeal to home entertainment consumers.

“The popularity of the John Wick franchise continues to surge with strong growth across packaged media, electronic sell-through and video-on-demand platforms,” said Lionsgate President of Worldwide Home Entertainment Ron Schwartz. “The success of John Wick: Chapter 3 is a testament to the film’s incredible cast, led by Keanu Reeves, and amazing creative team, the efforts of our sales and marketing executives, and the vibrancy of the home entertainment business across all of its platforms.”

In this third installment of the adrenaline-fueled action franchise, super-assassin John Wick (Keanu Reeves) returns with a $14 million price tag on his head and an army of bounty-hunting killers on his trail. After killing a member of the shadowy international assassin’s guild, the High Table, John Wick is excommunicado, but the world’s most ruthless hit men and women await his every turn. 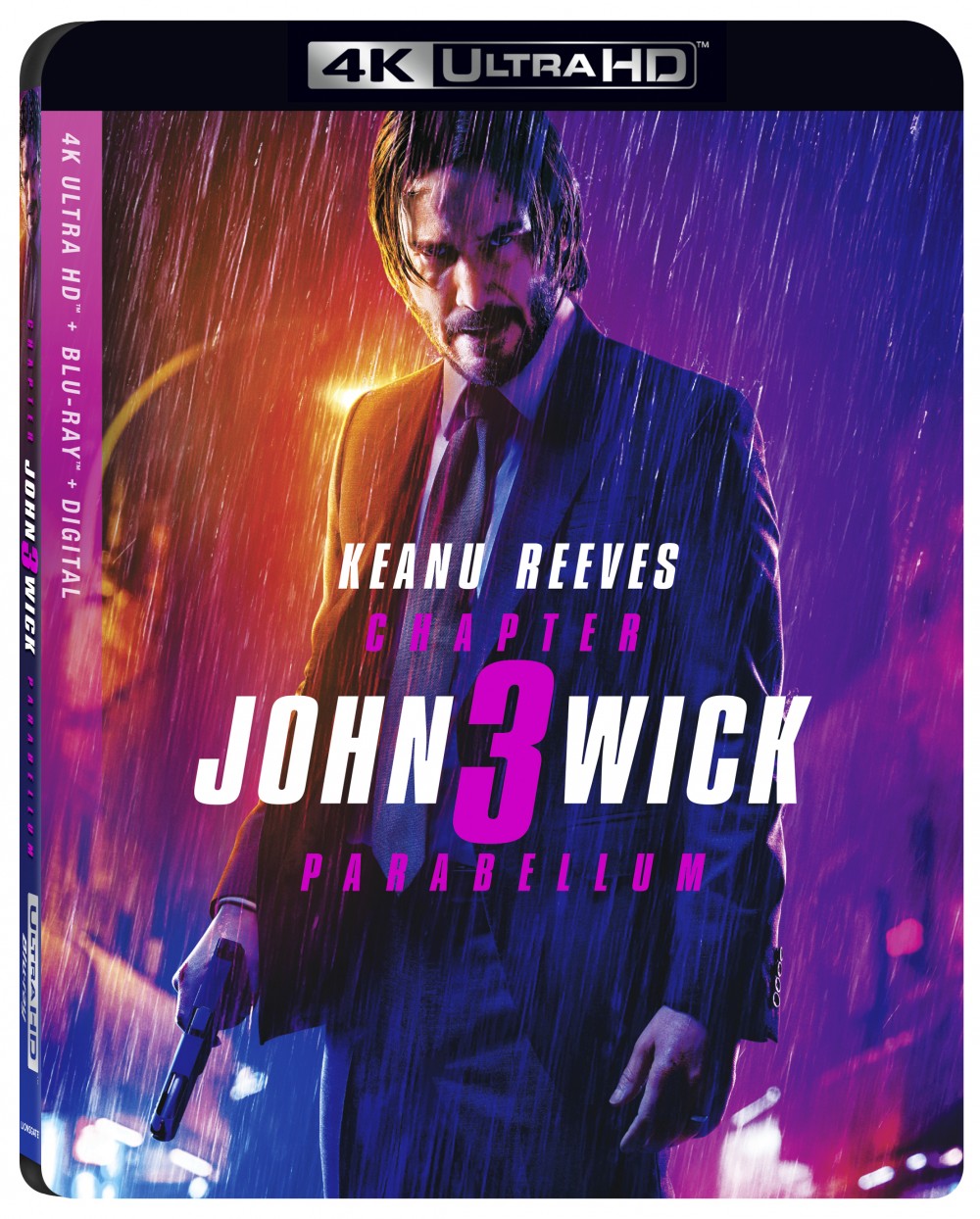