KAP G QUESTIONS THE PRESIDENT OF THE UNITED STATES IN HIS NEW SINGLE AND MUSIC VIDEO “A DAY WITHOUT A MEXICAN.” 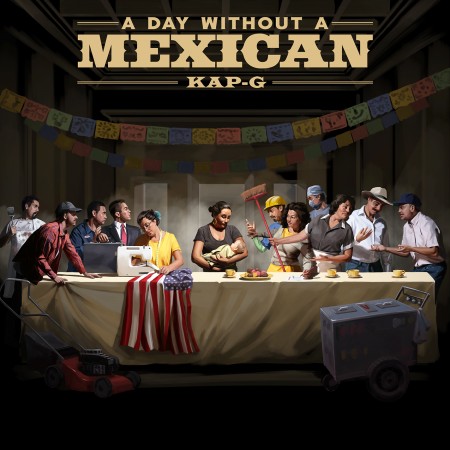 GOLD CERTIFIED RAPPER RELEASES HIS NEW SINGLE WHERE HE HONORS HIS LATIN CULTURE AND HIS MEXICAN HERITAGE.

Los Angeles, CA (November 2, 2018) – Fourtune Ent/i am OTHER/Atlantic recording artist Kap G announced today’s release of the new single “A Day Without a Mexican.” A well-timed song due to the current state of the country were the president of the United States is put into question and speaks about the hard-working journey Mexicans live in this nation. The music video of the new single celebrates the Latin culture in the US and the Mexican heritage of the young rapper.

“I want everyone to dance and be happy by listening to my new song A Day Without A Mexican, and when they watch the video to relate and have hope. I also believe that I can help change the minds of those that don’t understand our struggle and that we are just here for a better life,” said Kap G.

Kap G is considered one of the freshest and most important new voices in hip hop for his one-of-a-kind musical chronicles as a Mexican-American. The song follows the recent arrival of Kap G’s new mixtape, “no kap,” featuring guest appearances from Playboy Carti and Chief Cook It Up alongside the recently released tracks, “Raise The Roof (Feat. Ty Dolla $ign)” and “Want My M’s.”

“A Day Without a Mexican” is available today at all DSPs and streaming services here.