LOS ANGELES – AUGUST 27, 2018 ─ Fuse Media has entered into a multi-year agreement with UnidosUS, previously known as NCLR (National Council of La Raza), to become the exclusive multiplatform media home of the organization’s ALMA Awards® (American Latino Media Arts). The partnership to revive the ALMA Awards—following a three-year hiatus—was jointly announced today by Fuse Media CEO Michael Schwimmer and UnidosUS President and CEO Janet Murguía. The partners also revealed that they will present a re-envisioned show celebrating Latino heritage and leading entertainment and media personalities through an engaging, inclusive format featuring more than a few surprises. In so doing, the newly minted ALMA Awards will accurately reflect the significant role Latino artists and culture plays in influencing society and entertainment in the United States and globally.

Mr. Schwimmer said, “Fuse Media (and its predecessor SíTV), since day one, has been committed to building a unique entertainment platform to lift the voices of Latinos and other underserved communities and in so doing, celebrate our diverse, multicultural nation. I cannot think of a better way, especially today, to embrace this mission than by partnering with UnidosUS to reimagine the ALMA Awards.”

Ms. Murguía said, “We are proud to have the ALMA Awards back as part of our organization’s 50th anniversary, and to host the first ALMAs under our new name.” She added, “Now more than ever, Latinos must reclaim the narrative of our place in U.S. society, and as always, ALMAs is an opportunity to recognize and celebrate everything our community contributes to American culture. Fuse Media’s ongoing commitment to inclusion and chronicling the stories of our community makes them a perfect partner in showing America the true Latino story.”

The 2018 ALMA Awards will honor the contributions of top music artists and actors, as well as political figures and key influencers, and feature live performances. An air date for this fall along with related multimedia plans for the ALMA Award show will be announced shortly.

This year marks the 50th anniversary of UnidosUS, the nation’s largest Latino civil rights and advocacy organization. The organization created the ALMA Awards (which began in 1995 as the Bravo Awards) as a way to promote fair, accurate, and balanced portrayals of Latinos in the entertainment industry. The ALMA Awards is the only nationally broadcast English-language show recognizing the important accomplishments of Latinos in American entertainment and media. The ALMAs remain a unique event with a special cause: To highlight how diversity strengthens the entertainment industry and our nation as a whole.

The ALMA announcement, marking an expansion of the partnership between Fuse Media and UnidosUS, follows a series of collaborations undertaken by both parties. Earlier this year, Fuse Media received its first Peabody Award for documentary chronicling the lives of three dreamers, Indivisible, for which it partnered with UnidosUS.

Fuse Media and UnidosUS have engaged renowned live-event producing team Done + Dusted (Stand Up To Cancer, iHeartRadio Music Awards and Co-Producers of the 2018 Emmys) to produce the 2018 ALMA Awards. David Jammy and Rudy Crew will serve as executive producers of the event. NGL Collective, co-founded by actor John Leguizamo, will be providing additional support for the event. 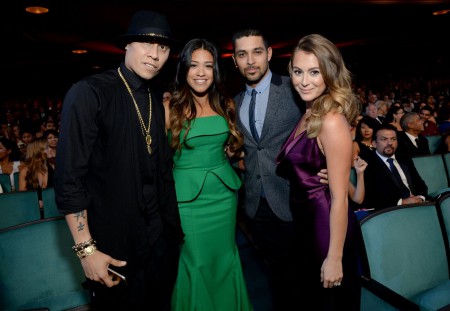