ABC’s ‘Roseanne’ Treated Fans to a Special Screening and Meet and Greet at The Walt Disney Company Lot in Burbank, California 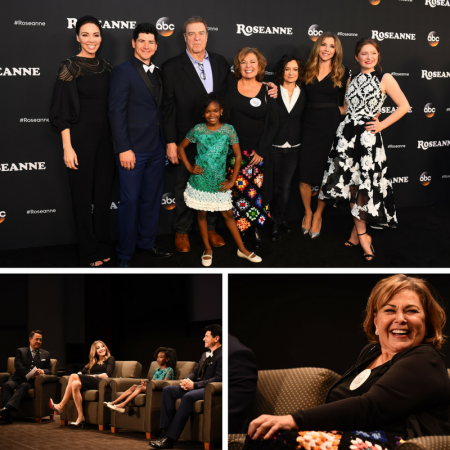 The original run of the series broke new ground through the authentic and relatable lens of the Conner family, barely scraping by in the fictional town of Lanford, Illinois. It also dominated the ratings as one of the highest-rated television series on the air for its near-decade run. This time around, the Conners continue to face the economic challenges of living paycheck to paycheck, with a sense of the absurdity of it all. With the inimitable Roseanne at its epicenter, the revival will explore life, death and everything in between, with the humor, relevance, warmth and brutal honesty that audiences appreciate.